Since the beginning of this democratic dispensation, no Senator from Kaduna South Senatorial District has returned to the Red Chamber for a second term. In this report, Sunday Isuwa writes on the present clamour by the youth to get their peer into the Red Chamber in 2019.

Southern Kaduna is a stronghold of the Peoples Democratic Party (PDP) in Kaduna State. According to political analysts, records show that in all the 109 Senatorial Districts in the country, Kaduna South Senatorial District, which is part of the region called Southern Kaduna, has always given the highest votes to the PDP and was frequently acknowledged by former President Olusegun Obasanjo on several occasions when he held sway as President of the Federal Republic of Nigeria.

As the 2019 general elections approaches, some people have showed interest to vie for the Kaduna South Senatorial seat. First among them is the incumbent Senator representing the area, Danjuma La’ah of the Peoples Democratic Party (PDP); Ishaku Shekarau of the All Progressives Congress (APC); Senator Calep Zagi of the APC; Hon. Jagaba Adams Jagaba; and Mr. Rijo Shekari, who is also vying for the senatorial seat under the platform of the PDP.

Findings show that the people of Kaduna South, mostly the youth, are now saying that they won’t give a blind support to what they described as ‘older people’ who always cherished the youth during electioneering campaigns but dumped them after they get into offices. The clamour for the ‘Not-Too- Young -To-Run’, it was gathered, has opened the eyes of many youths who suddenly realised they are not getting value for their votes from the older politicians, hence the need for a generational change.

While assessing the chances of some of the contestants, some political pundits say Senator Danjuma La’ah might face a stiff opposition considering the fact that no Senator has secured a return to the Senate. Even though they commended La’ah for standing by his people during attacks, they accused the Senator of sitting all his constituency projects in his local government, Kaura at the detriment of others. La’ah was also accused of appointing his aides from his home local government.

For Ishaku Shekarau of the APC, he contested the Senate seat in 2015 and lost to the PDP’s Danjuma La’ah. The hurdles for Shekarau, if he eventually secures the ticket of the APC, will be that of acceptability. Political analysts say many people, especially the youths that supported the APC in 2015, are now disappointed with the way and manner both the State and the Federal Governments are treating them.

“For the first time in the history of Southern Kaduna, we were able to give the APC a lot of votes in the 2015 general elections. Some of the things that made us all to support the APC, after the party emerged, they are doing worse than the PDP. During the previous dispensation, the sharing formula was that if the governor is in the Northern part, the deputy and minister will come from the Southern part. In some cases, even the SSG always comes from the South. But today, we are even ashamed of ourselves. We don’t even know how to campaign in Southern Kaduna in 2019,” an APC supporter, who doesn’t want his name mentioned, said. 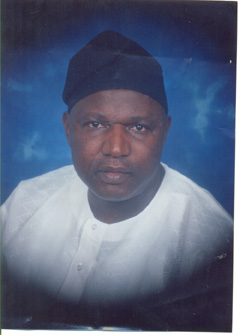 Speaking on the chances of Senator Calep Zagi, some political analysts say, as incumbent Senator during the 2011 general elections, Calep Zagi was defeated at the PDP primaries by Senator Nenadi Usman. “After the primary elections, Zagi left the PDP for ACN where he contested the senate seat but lost to Nenadi Usman of the PDP,” said Julius Daniel. 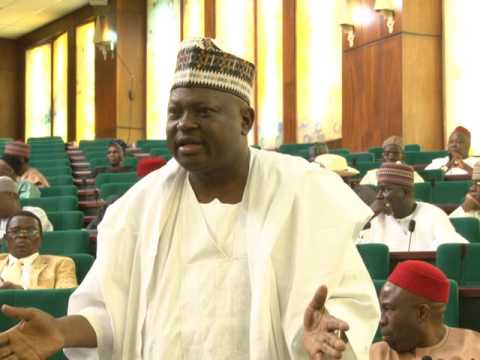 Mr Rijo Shekari, who is one of the aspirants for the senate seat under the platform of the PDP, is a young man who just stepped into the political scene with so much goodwill especially from the youths. Shekari, who has been involved in the struggle for the emancipation of youths in Southern Kaduna, according to some political analysts, stands a better chance to be the next Senator from Southern Kaduna under the age of 40.

It was gathered that the clamour for Shekari to emerge as the next Senator from Southern Kaduna, is coming from people, mostly the youths, cut across different political parties because of his age, experience, level of exposure and his love for the entire people of Southern Kaduna.

“Most of us, I mean the youths, want Rijo Shekari because he is young and vocal. He will speak the minds of the people especially the youths if he emerges Senator. He knows what the youths are facing unlike others. Shekari is well educated and understands the times we are in now and the challenges his people are facing. This young man is in the race, not for personal benefit, but to create his mark in Southern Kaduna,” Philomina Markus said.

Speaking on the senatorial contest, one of the young politicians from Southern Kaduna, Mock Samuel Kure, said they want younger people to take over the mantle of leadership. According to Kure, “My support for Rijo is stemmed on the fact that you can’t do the same thing over and over again and expect different result.

“Since the inception of this present Republic, our people have voted for both the old and middle aged persons, the result has been woeful with calls for replacement of the elected persons after tenure, there is need for Southern Kaduna people to try the younger generation.”

Kure states further that, “by so doing, I believe we will find rest in our endless search for a leader like Moses and Joshua that would take us to the promise land. As a young person, if given the opportunity, I know that Rijo’s ambition to grow both in age and career wise would make him to be accountable to the people, so that tomorrow we can find him worthy for greater assignment.

“I draw my inspiration from the Holy scripture on how God used young David and little Prophet Samuel to established his authority in Israel. Young David is recorded in the scripture as a man after God’s own heart. While others are looking for the old and experienced Eliabs, I see David and a giant in Rijo.”

Not done yet, Kure added that: “In this digital era, we need digital people like Rijo to lead, he is well read, intelligent, exposed and what have you. We need to key into the trends of events in the world where young people are being elected into positions of authority. 39 year Emmanuel Macron of France is leading the trend, Austria equally followed suit by electing a 31 year old person as president.”