The News Agency of Nigeria reports that Mr. Manya was killed by the suspects while working on his farm on November 12.

The Force spokesperson, Jimoh Moshood, disclosed this while addressing journalists in Sabon Gayan on Tuesday.

Mr. Moshood said that the two suspects were killed during a shoot-out with the members of Operation Absolute Sanity. 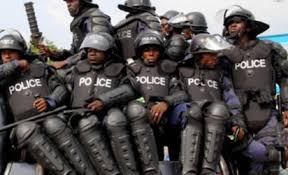 He explained that the operation followed a directive from the Inspector-General of Police, Ibrahim Idris, to arrest the killers.

“The Inspector-General of Police commiserates with members of the community and directed Operation Absolute Sanity to arrest the killers,” he said.

The spokesman said that investigation would be intensified to arrest other suspects connected to the heinous crime.

In a related development, the Nigeria Police Force said it arrested eight suspected kidnappers and members of an armed robbery gang.

The spokesman said that the suspects had confessed to the various crimes they had committed along the Abuja-Kaduna road.

He said that three victims were rescued form the suspects’ hideout, adding that a police officer was also injured during the shoot-out.

He said that items recovered from them are: two Toyota Corolla cars, one with registration number: ABJ 893 NV, and one without a number plate, two locally made single barrel guns and one AK 47 rifle.

Others are: one locally made revolver gun, one AK 47 magazine, one live cartridge, two expended cartridges and seven AK 47 am munitions.

He said that investigation was ongoing and when concluded, the suspects would be arraigned in court for prosecution

“They will be arraigned in court on completion of investigation and investigation is being intensified to arrest other suspects at large,” he said.

Mr. Moshood urged owners of the vehicles to contact the police command in Kaduna for identification and collection

He said that they were also to beef up security in their areas of responsibility and ensure massive deployment of armed police personnel, patrol teams and undercover operatives to black spots, flash points and other vulnerable criminal spots.

The News Agency of Nigeria reports that the Force had on July 25 commenced ‘Operation Absolute Sanity’ on Abuja-Kaduna Highway to check incessant cases of kidnappings and armed robbery.

On July 31 and August 3, the police also arrested 31 and 40 suspects at Katari and Rijana areas, along the Kaduna-Abuja road.